It is the mission of the Chelsea Arts Collective...

... to create public, community-oriented events and activities that encourage an appreciation for the arts and offer opportunities for regional, working artists from Chelsea and beyond, to exhibit, sell and promote their work in a creative, supportive and collaborative environment.

We believe that art is to be shared and celebrated, and we invite those of all ages and backgrounds to make their mark on the world.
​ 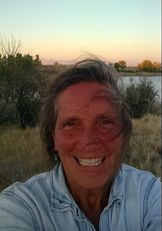 Carrie Caouette-De Lallo,
​Painter, Educator &   Founder of CAC
Carrie brings a diverse professional and educational background to CAC. She studied both fine art, with a concentration in painting and graphic arts, in a number of universities, before completing an undergraduate degree in Secondary Special Education with a minor in Art from Keene State University. She completed her Master's degree in Creative Non-Fiction Writing from Dartmouth College, where she received The Thesis Award for her collection of essays, titled Natural Order.  She was a teacher for almost thirty years, focusing primarily on at-risk populations and students with significant cognitive and physical challenges. In addition, she taught drawing and painting in alternative programs for students with mental health issues. With a strong commitment to making art accessible to children, Carrie has created several sustainable community arts programs in places where she lived in Pennsylvania and New Hampshire.  She has shown her work throughout New England. Her home and painting studio are in Chelsea, Vermont where she is hoping to create more opportunities for other artists to share their work. She is also interested in developing inclusive arts projects which reflect a diverse cross-section of community members,       WEBSITE: ​  carriecdart.weebly.com 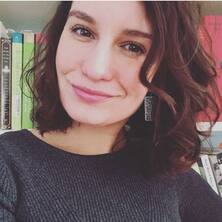 Sarah E. Caouette,
Writer & Community Advocate
After living away from Vermont for nearly fifteen years, working in cities and writing, Sarah realized she missed the tight-knit communities of her youth. In 2014, she and her husband  relocated to Chelsea Village in central VT, to renovate a historic property, and immerse themselves in the civic-culture of the community.   Through the years,  no matter where she has called "home", she has participated in and supported arts organizations and programs that strive to inspire and enhance communities, as well as celebrate the contributions of working artists, and foster creative and localized economies.     In 2018, she formed the    First Branch Community Collaborative, Inc., an   incubator organization that    drew upon the strengths and skills of cross-sector advocates to empower local populations, and build action around community-driven projects and initiatives.  The Chelsea Arts Collective was the first action-group she helped develop and grow.    Sarah holds and MFA in Writing from Southern NH University and a BA in Anthropology and Art History from Plymouth State University.   She dabbles with various mediums from time to time.     WEBSITE: sarahecaouette.com 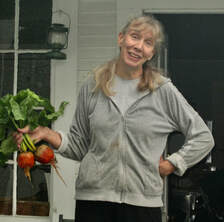 Pam Davis
Nature & Fiber Artist
Creativity has always played an important role in Pam’s life, though not always in traditional ways.  Pam’s past endeavors include operating Persnickety Caterers, where she was chief cook and bottle-washer for 10 years, growing her business as possible considering her main occupation at the time - raising two sons.  In addition to cooking and food presentation, her creativity has expressed itself in her gardens, through various fiber arts, natural plant dyeing, sketching from nature, paste-paper journals and, most recently, barn quilts.   Pam’s inspiration comes from the natural world. The repetitive shapes and patterns found there are common in her art.  She is intrigued by how colors interact and contrast in unexpected ways in nature. These elements play their part in how the pieces are perceived - like a poem or story that strikes a chord.   Pam and her partner Tom’s move to Vermont was intentional: find a home where they could live out their days close to the land - tending their gardens, keeping honey bees, maybe a few chickens and, hopefully, find community.  In Chelsea, they have found that community of like-minded individuals who have moved (or stayed) here intentionally. People committed to making the most of the town’s potential and striving to find ways to knit the community together. 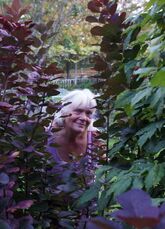 Helen Heslop,
Stone Carver & Fiber Artist
After high school, Helen apprenticed as an Interior Designer, and went on to Parsons School of Design in NYC.  She also completed a year of study at New England College in Arundel, England.   After ten years of working for Design Associates in Woodstock, Vermont she branched off into other areas--- waitressing, baking,  farming (organically-growing vegetables and raising animals), pottery, photography and motherhood.  During her two children's school years, she worked at the Waldorf School and the Chelsea Public School, as a Tutor and Substitute Teacher (Kindergarten through 12th Grade), from which she retired. Then came various fiber arts, which included weaving, along with stone carving. She describes her creative experience as being, “Between a Rock and a Soft Place”. 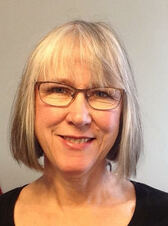 Wendy Forbes,
Textile Artist & Community Advocate
Wendy learned much of what she knows about community from moving to Chelsea with her parents in 1970 and attending Chelsea High School. After college, she lived in western Massachusetts for many years, finally coming to her senses and returning to town in 2009. She has served on the Chelsea Planning Commission, the Chelsea Historical Society, on the board of the Orange County Parent Child Center, and had a short stint on the Development Review Board. She spent many months exploring possibilities for an expanded general store with a number of different groups and helped to arrange the musical entertainment for Chelsea’s most recent Old Home Day. Wendy owns and manages apartments in Northampton, MA, Barre, VT and Chelsea. She also designs and sews women’s accessories for her business Bumpcat Design. With a lifelong interest in theater and the visual arts, and professional experience as an event coordinator for a regional environmental organization and a holistic health expo, Wendy is looking forward to working with the Chelsea Arts Collective. 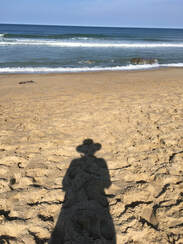 Suzanne Turner
Artisan and Educator
Suzanne returned to Vermont in 2016, after a long tenure in Western Massachusetts, where she  raised two children with her husband and taught at a cooperative charter public school. She loves to learn and teach many forms of art-making, including (but not limited to) pottery, printmaking, collage and paper arts, sewing and fiber arts, and Pysanky (Ukrainian Easter Eggs).  Suzanne believes that everyone is an ARTIST, and it was this philosophy that inspired her to join the Chelsea Arts Collective and to create the Family Tent for the Chelsea Arts On The Green Market and Festival. 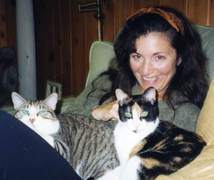 Julia Pavone,
Painter & Mixed Media Artist
Julia Pavone is a working artist, creating abstract and mixed media paintings and most recently working in Encaustic and Cold Wax mediums and “Found Object” paintings as well as some Folk Art artisan pieces.
Julia was the co-founder and Curator/Director of the Alexey von Schlippe Gallery of Art, a professional art gallery for mid-career and emerging artists, at the University of Connecticut’s Avery Point Campus, which thrived for 25 years. Over the past 28 years, she has taught courses in Studio Art, Art History and Art Appreciation. Julia has been given exhibitions in Connecticut, New York City, Massachusetts, Rhode Island, and Vermont.   She has been invited to jury professional art exhibitions in Connecticut, Rhode Island, Vermont and New York City. Julia has also been an invited guest lecturer on the arts for many organizations in the New England area, including Connecticut’s Lyman Allyn Museum and Mystic Museum of Art.   Most recently, Julia has taken on the Gallery Coordinator for the North Common Arts Gallery in Chelsea, VT.     WEBSITE:   juliapavonearts.com 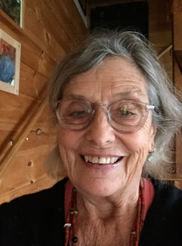 Sandy Edmonds
Natural Object & Fiber Artist, Educator
Sandy has lived in the same house in Washington for 43 years, both as a full-time occupant and as a summer person.   She can't remember a time in her life when art wasn't almost as important as her children and grandchildren.  And horses.  Most of her time practicing her art has been involved with fibers of all sorts, clothes and costume designing, weaving  and spinning, and   now bits of wood and natural objects held together with raw silk yarn.  She spent twenty-three years as an elementary art teacher, working closely with young children and their parents. Now retired, she is very excited to bring her creative energy to North Common Arts. 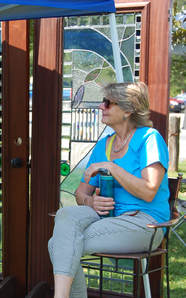 Rosalind Osterbye,
Educator, Leaded Glass Artist, Painter
Rosalind feels that she has “come ‘round right”, as she begins this new journey in Chelsea with The Chelsea Arts Collective.   Upon graduation from the  American Academy of Dramatic Arts in New York City,  Rosalind enrolled in the dance program at Florida State University, ultimately graduating with degrees in Art History and Studio Art. Next came museum educator positions at Shelburne Museum and The Museum of Florida History, where she developed and implemented educative materials and exhibit-based programs and workshops.   After completing post graduate work at UVM, Rosalind pursued a career in art education.   Moving from North Hero, Vermont to Tallahassee Florida, (where she taught art and lived in an Intentional Community) to South Royalton and back, she has now settled into her life in Chelsea.  She now enjoys a softer medium--paint--after having spent  many years designing and building architectural stained glass windows and doors.  Rosalind has always been one to connect with others and is thrilled to create that energy with CAC and the larger community. 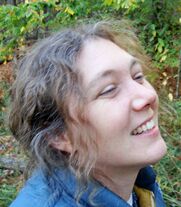 Erica Venuti
Painter, Jeweler
Erica has worked with a variety of media. For 15 years, painting was her primary form of expression, although she is beginning to work with wood and jewelry. She is inspired by nature’s cycles, it’s power to transform and renew; and how this cycle is mirrored within.  Most of her work reflects her personal journey of growth and transformation. She hopes her work inspires others on their journey.  Erica    earned a BFA in Fine Arts from C.W. Post, and an MFA in Health Arts and Sciences from Goddard College, where she studied the transformative power of the arts as a personal journey and its role within community.  ​ 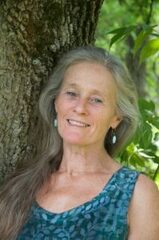 ​​Tracy Penfield,
Fiber Artist, Dancer & Educator
Tracy founded SafeArt in 2000 after 20 years as an Artist and Educator in Fiber Arts and Dance. Before founding SafeArt, she taught Modern and Creative Dance at Montana State University, Colby Sawyer College and Dartmouth College, and worked as an Artist-in-Residence in schools in Montana, New Hampshire and Vermont. Over the past 25 years, Tracy has performed both solo and with various troupes and collaborators. In 2008, Altus Healing Arts opened as SafeArt’s home in Chelsea, Vermont. Tracy now offers individual therapeutic sessions that combine energy healing, movement and voice in a process she developed, called Tracing. She also teaches yoga, dance, weaving and mindfulness, and has an interest in equine therapy, through which abused and neglected horses and people can learn from and be healed by each other in profound ways. In 2016, Tracy published   A Curriculum of Courage: Making SafeArt, and has taken the book on tour in the Northeast,   WEBSITE:​    safeart.org
​ 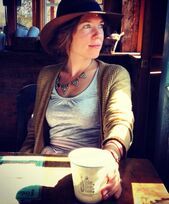 Taylor Mardis Katz,
Poet Farmer
Taylor is a poet and a poet for hire. Her poems have appeared in print and online journals, on the radio, and in various other ephemera. Armed with a MFA in Creative Writing from San Diego State University, she writes poems for herself and others from the comfort of her own homestead, as well as at local hootenannies. With her husband, she runs Free Verse Farm & Apothecary in Chelsea, Vermont, a small herb farm specializing in farm-grown herbal products.  To read more of her work and learn about her experience as a poet for hire, visit:    www.panacheperhaps.com